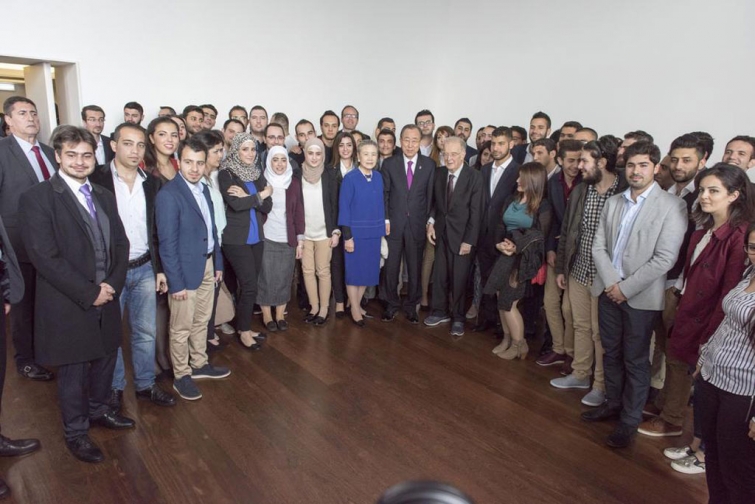 As part of his visit to Lisbon (Portugal), United Nations Secretary-General Ban Ki-moon met on 12 May a group of Syrian students supported by the Global Platform for Syrian Students, commending them for their strengh and resilience.

During the meeting, the Secretary-General thanked the Chairman of the Global Platform for Syrian Students, Former President of Portugal Jorge Sampaio, for his leadership and long-time commitment to "build bridges of understanding and inclusion among communities around the world".

For detailed information, read UNSG statment and the news published.

More in this category: « Mohammad shines in robotics in Coimbra Jorge Sampaio decorated by President of the Portuguese Republic »