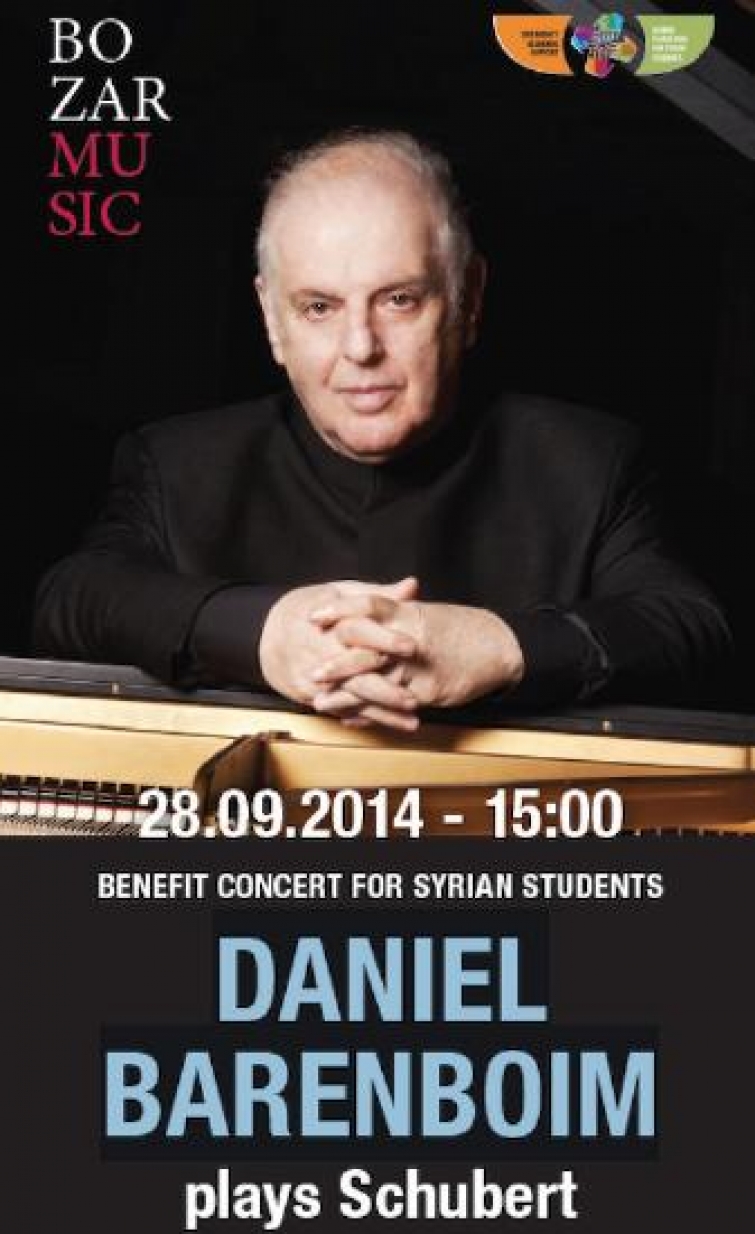 Daniel Barenboim is known as a socially committed musician.

"Music is the best means of escape from the problems of human existence," he has stated.

The celebrated pianist and conductor was BOZAR's guest back in 2006 with his West-Eastern Divan Orchestra, an ensemble that brings together young Israeli and Palestinian musicians.

He is now giving a benefit concert entirely focused on the civil war in Syria. This Schubert recital is his contribution to the Global Platform for Syrian Students, a project launched by the former Portuguese president Jorge Sampaio. This organisation gives Syrian students, who have fled the violence, the opportunity to continue their studies elsewhere.

BOZAR MUSIC, BOZAR AGORA, and the Global Platform for Syrian Students have joined forces to make the Henry Le Boeuf Hall available to Barenboim. We are counting, of course, on your support!

Let your heart speak and buy a ticket for this exceptional recital - or make a donation to the account number below. This will give Syrian students an opportunity to make their dreams come true.