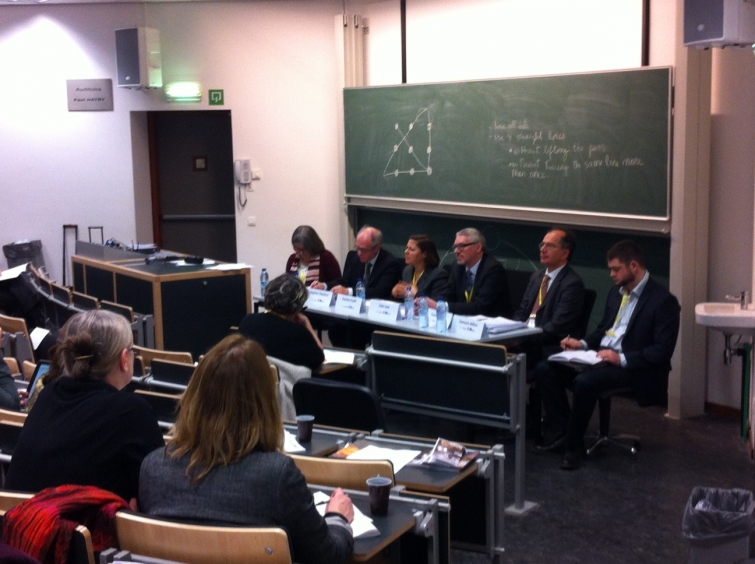 In December 2014, an international Conference was co-organized by a set of stakeholders - the Council of Europe, the British Council, the League of Arab States, the Institute of International Education and the Global Platform for Syrian Students – to draw attention to the urgent need to reflect further on these key questions.

This Conference hosted by the Université Libre de Bruxelles, Belgium, brought together more than 100 participants from all walks of life – civil society organizations, Universities and associations of universities, international organizations, government representatives, aid and cooperation agencies, and the private sector - engaged in and committed to promoting higher education, in particular in emergency situations.

It explored the vital role of higher education in saving lives and giving a sense of hope for the future in the context of emergencies. Using the current Syrian crisis as an example, this ground-breaking Conference aimed to solidify a series of recommendations that may pave the way for some type of Rapid Response Mechanism for Higher Education in the event of natural disaster or armed conflict. The central idea is that, in humanitarian crises, education and in particular higher education is too often neglected. And yet, it is higher education that will produce the leaders and skilled workforce that countries need to move forward, in particular after crisis and conflict.

This Conference was planned as a starting point of a broader process that will continue in 2015 with a two-fold aim:

• On the one hand, to put higher education high on the post-2015 development agenda because missing this opportunity will mean that no real progress on the ground will be made in the next fifteen years. Exploring the various entry-points possibilities and making a strong advocacy campaign are top priority actions.
• On the other hand, further reflection on the international responsibility of protecting and rebuilding higher education in emergencies should continue. Exploring ways of making the international community endorse a call to action or a set of principles or hopefully commit to set up a rapid response mechanism for higher education in emergencies are questions that need to be further discussed and explored. Its inclusion in the post-2015 agenda should also be sought.

More in this category: Prioritizing Education in Emergency Response »