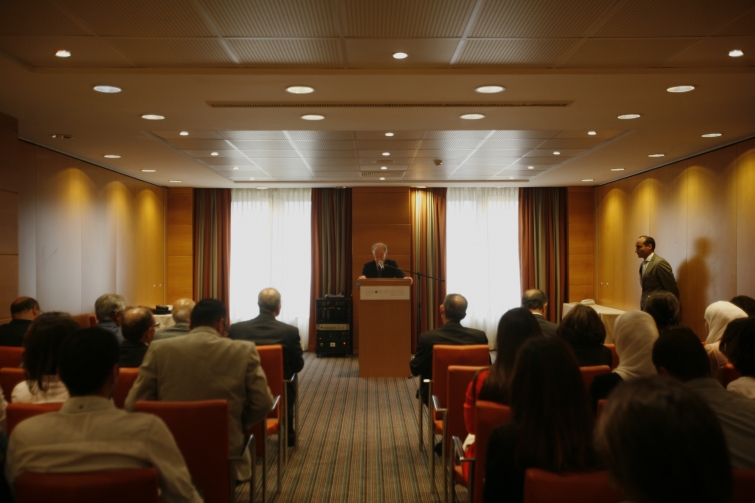 "We must avoid a lost generation" in Syria, said Dr. Eddine El Allali during his intervention at the meeting organised by the Global Platform for Syrian Students last 07 June 2015.

The League of Arab States, key partner of the Global Platform organised a mission to Portugal in order to make an evaluation point of the partnership establised and discover personal stories brought by syrian students.

During the exchange organised syrian students shared the achievements realised during the first academic year passed in Portugal, most of the with wonderful evaluations, as well as wishes they would like for their people, their beloved and their lifes.

A bilateral meeting was organised in order to evaluate the results achieved during the partnership established between the Global Platform and the League of Arab States. A cooperation which will be renewed in order to support more syrian students and promote higher educations in emergencies.

More in this category: Call for Applications for Scholarships in 2020: STUDENTS FROM VENEZUELA »