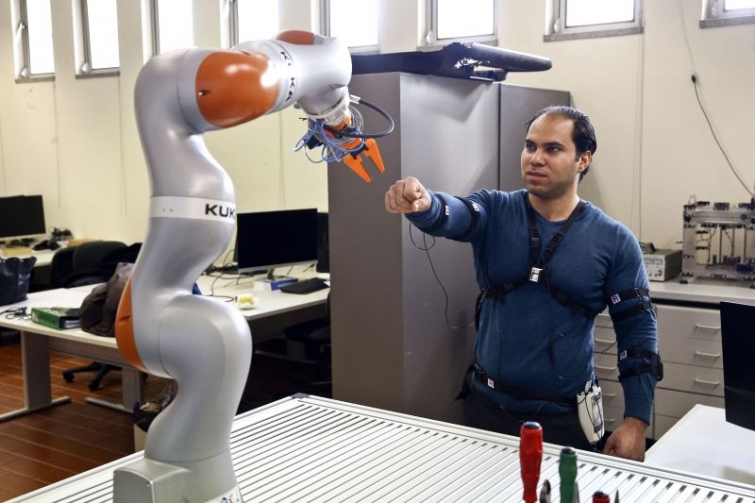 "You come from a country in war, then you have to build a future...I have to work hard for this."

"Mohammad, one of the Syrian students supported by the Global Platform for Syrian Students, had 20 values in his master's thesis in Mechanical Engineering and became a "fundamental" piece in the robotics laboratory of the University of Coimbra.

As soon as the 20 values are spoken, Mohammad starts laughing in a half-timid way, and refuses to reap the rewards: "It was because of the help of my friends and my teacher, who is very bright and gave me many ideas ".

A native of Damascus, but of Palestinian origin, he left Syria shortly after the war broke out in the country in 2011. The Syrian, who had always had robots as a passion since childhood, spent two years in Algeria and was unable to pursue his studies .

He arrived at the University of Coimbra (UC) in 2014, in the framework of the platform launched by the former President of the Republic Jorge Sampaio: "March 28, 2014", says by heart."

Read the article about Mohammad and other students supported by the GP4SYS wrote by LUSA (in Portuguese) and published by Publico.

More in this category: « Attending this Congress was a great step in my academic life Ban Ki-moon met Syrian students »