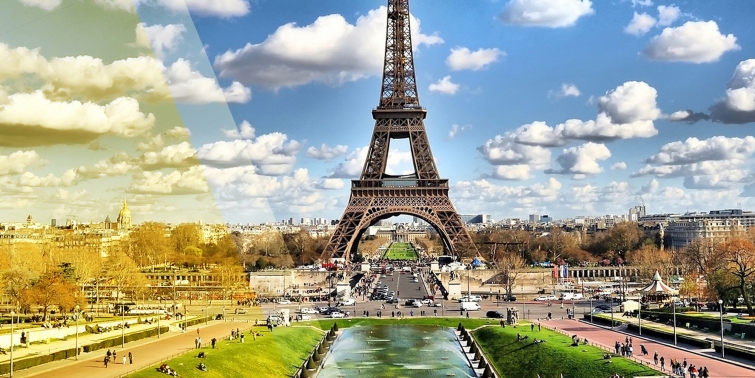 The Global Platform for Syrian Students will participate in a workshop organised in the framework of the 30th European Foundation Centre Annual General Assembly and Conference untitled "Liberté, Égalité, Philanthropie" to be held in Paris from 21th to 24th May 2019.

The workshop is organised by the Fondation Maison de Sciences de l´Homme and the Pause Fund and untitled "Migration" of scholars at risk, what perspectives of cooperation for the philanthropic sector?. The debate will be built on testimonials from some threatened scholars and from people working on the ground and focus on the impact of such initiatives and the role philanthropic sector could play in implementing long-term solutions. The workshop is organised in collaboration with La Caixa Banking Foundation, the Volkswagen Stiftung and the Global Platform for Syrian Students.

“Liberté, égalité, fraternité!”: who isn’t familiar with the French national motto which finds its roots in the Revolution of 1789 but is still considered the rallying call for freedom, equality and solidarity around the world today? Yet despite their universal nature and appeal, these three ideals are not (yet) fully realised: they continue to represent aims rather than achievements due to an array of critical and constantly evolving challenges.

Bearing this in mind, how can European foundations: - Respond to the migration crisis as a challenge to freedom of movement and an indicator of global inequalities? - Address the threats to freedom of speech and freedom of the press in an age of fake news and post-truth politics? - Help bridge long-standing inequalities in access to education, culture or health, and more recent ones such as the consequences of climate change or the digital divide? - Promote human rights in Europe, thirty years after the fall of the Iron Curtain? - Encourage new forms of solidarity and inclusion?

9.45 am | Welcome from the FMSH and the Pause program

10.00 am | Laura Lohéac Overview of the main programs for refugee scholars and students in Europe

Building on testimonials of threatened scholars, the debate will focus on the impact that fellowship programs have on their career development and the role that the philanthropic sector could play in implementing longer-term solutions
Moderator: Pascale Laborier

Science in Exil - The world academy of sciences