We all felt proud and happy Featured 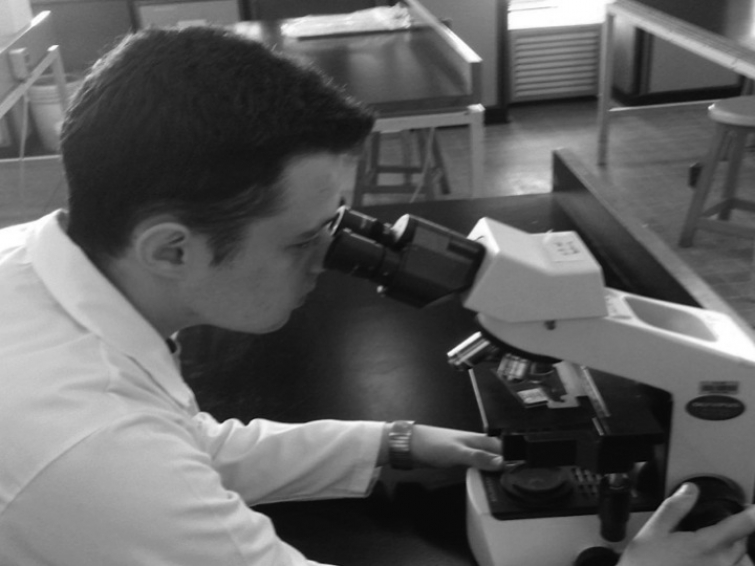 Aram at a lab class in Lebanon, American University of Beirut (Faculty of Medicine) Global Platform for Syrian Students

Testimonial: "Aram’s enthusiastic tone reappeared in his phone calls, which relieved us even in our most stressful days...."

Since his childhood, Aram has always wanted to become a physician. His passion and curiosity were apparent not only to us, his parents, but also to all his teachers. He was also well known among his friends for his hard work and dedication, which eventually resulted in his ranking among the top ten students over Syria in the official baccalaureate exams. Soon after that, and with tear in our eyes, we said goodbye to our son, who left to Lebanon to continue his education.

Besides the insecurity and lack of services that resulted from the war, we were now facing a new problem. Because of the economic crisis and the devaluation of the Syrian currency, we were no longer able to support Aram’s educational expenses. As a result, Aram would have been unable to pursue an academic degree, in spite of being accepted to university. After applying to many different foundations, the happy news finally came from the Global Platform for Syrian Students that, thanks to a grant given by the Calouste Gulbenkian Foundation, selected our son as a recipient of one of the scholarships dedicated to the aid of Syrian students.

We all felt proud and happy. Aram’s enthusiastic tone reappeared in his phone calls, which relieved us even in our most stressful days. This enthusiasm, in addition to the increased dedication and sense of responsibility, were soon reflected in his grades, and eventually he was ranked first over his faculty for two consecutive semesters.

Today, we would like to thank the Global Platform for Syrian Students and the Calouste Gulbenkian Foundation for their generous gesture that helped many students to continue their education, relieving the stress of many parents.

We wish the foundation growth and prosperity in the pursuit of their noble mission that emphasizes the right of education for every human being, regardless of his social circumstances.

More in this category: « Let’s do a series of activities in refugee camps in “Jordan, Lebanon, and Turkey” The dream of every ambitious student »